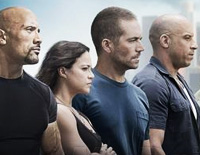 See You Again EOPN is provided for you and you can open it with EOP NMN Follow ME plugin to play See You Again piano by following it. Enjoy Now!

See You Again is featured in the 2015 action film Furious 7 as a final tribute to Paul Walker, who died in a car crash in November 2013. It is a song by American rapper Wiz Khalifa featuring the vocals and piano playing of American singerCharlie Puth on the hook.