I Took A Pill In Ibiza-Mike Posner 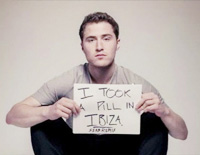 I Took A Pill In Ibiza-Mike Posner EOPN File Introduction

I Took a Pill in Ibiza is a song by American singer Mike Posner. The song, originally acoustic guitar-based, appeared on his album, At Night, Alone. I Took a Pill in Ibiza was remixed by the Norwegian duo SeeB and released in the United States on July 24, 2015, digitally as a single from Posner's second EP, The Truth as well as the lead single from his second studio album, At Night, Alone.

I Took A Pill In Ibiza-Mike Posner EOPN File Download