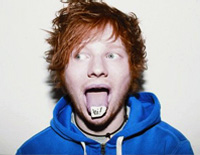 Lego House EOPN is provided for you and you can open it with EOP NMN Follow ME plugin to play Lego House piano by following it. Enjoy Now!

Lego House is a song by English singer-songwriter Ed Sheeran. Lego House was released on 11 November 2011 as the third single lifted from his debut studio album. It was released as the second single in the US on 11 February 2013. It was written by Sheeran, Jake Gosling and Chris Leonard, and produced by Jake Gosling.