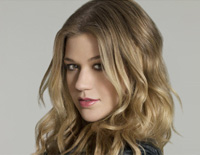 You Can't Win EOPN is provided for you and you can open it with EOP NMN Follow ME plugin to play You Can’t Win piano by following it. Enjoy Now!

You Can’t Win is a song by American singer Kelly Clarkson. You Can’t Win was recorded in Clarkson’s fifth studio album. The album was released on October 21, 2011, in Australia and October 24, 2011, in the United States and the United Kingdom by RCA Records.