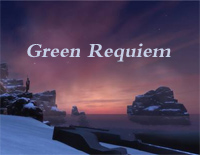 Free Green Requiem piano sheet music is provided for you. So if you like it, just download it here. Enjoy It!

Green Requiem
is a light music by Japanese composer and musical director Joe Hisaishi. As a result of his work throughout the years, Hisaishi has won the Japanese Academy Award for Best Music seven times. He also received the 48th Newcomer Award in 1997 from the Ministry of Education (Public Entertainment Section) among numerous other awards, being recognized as an influential figure in the Japanese film industry. In 1998 he won the Art Choice Award for New Artist (Popular Performing Arts Division). In 2005, he won the 31st Annual Los Angeles Film Critics Association Award Music Prize at "Howl's Moving Castle. In 2008, he received the 10th International Film Music Critics Association Award for Television Division Best Original Score Award in the music of Korean drama Queen Shikigami.


Meanwhile, we also offer Always With Me sheet music for you to download
[ + More Information ]