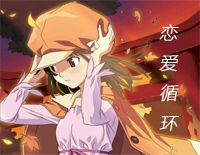 Free Ren'ai Circulation Perfect Version piano sheet music is provided for you. So if you like it, just download it here. Enjoy It!

Ren'ai Circulation
is one of the opening theme song to the anime series Monogatari . The Monogatari Japanese anime television series is based on the light novel series of the same name, written by Nisio Isin with illustrations by Vofan. The anime is directed by Akiyuki Shinbō and produced by the animation studio Shaft. The series debuted with Bakemonogatari and aired 12 episodes between July 3 and September 25, 2009, on the Tokyo MX television station.