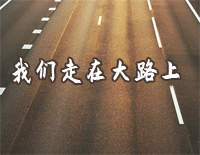 }
Free On the Great Road piano sheet music is provided for you. So if you like it, just download it here. Enjoy It!

The song alludes to the metaphorical road to development for the Chinese people and state after the Great Leap Forward, as well as to the Long March undertaken by Mao Zedong and the Chinese Communist Party in 1934. We Walk on the Great Road was a popular patriotic songs during the Cultural Revolution, and its optimistic tone and simple lyrics cemented it as one of the most popular and enduring patriotic songs of the era, being ranked by the Chinese National Culture Promotion Association as one of the 124 greatest Chinese musical works. Notably, the song was sung extensively during the transfer of sovereignty over Hong Kong, and featured prominently in the 50th Anniversary of the People's Republic Parade in 1999.