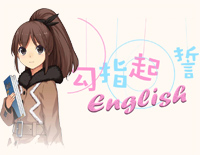 Free Pinky Swear piano sheet music is provided for you. So if you like it, just download it here. Enjoy It!

Pinky Swear
is an original song featuring Luo Tianyi. And it is created by ilem, a Chinese producer whose first gained fame in bilibili with the addictive "Jintian Mei Chi Yao". Luo Tianyi is a Chinese VOCALOID formerly developed by Bplats, Inc. under the YAMAHA Corporation, and was created in collaboration with Shanghai HENIAN. She was the grand winning entry of the "VOCALOID™ CHINA" contest which was held for choosing the design of the first Chinese VOCALOID. Tianyi was released in July 2012 for the VOCALOID3 engine.


Meanwhile, we also offer Fog and Snow for Thousand Years sheet music for you to download
[ + More Information ]