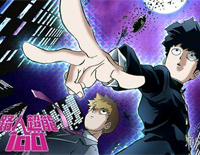 Free 99.9 piano sheet music is provided for you. So if you like it, just download it here. Enjoy It!

99.9
is a song performed by MOB CHOIR and sajou no hana as the opening theme to the second season of the anime Mob Psycho 100. Originally Mob Psycho 100 is a Japanese webcomic created by ONE, which began publication on Ura Sunday on April 18, 2012, and concluded on December 22, 2017. An anime television series adaptation produced by Bones aired between July and September 2016. The English dub of the series was released by Funimation in December 2016. A live-action series adaptation premiered on January 18, 2018. A second season of the anime series began airing on January 7, 2019.