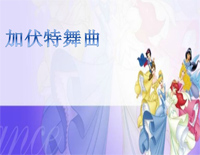 Free Gavotte 20 piano sheet music is provided for you. So if you like it, just download it here. Enjoy It!

Gavotte 20
is an etude created by Johann Sebastian Bach for his wife. Throughout the 18th century Bach was mostly renowned as an organist, while his keyboard music, such as The Well-Tempered Clavier, was appreciated for its didactic qualities. The 19th century saw the publication of some major Bach biographies, and by the end of that century all of his known music had been printed. Dissemination of scholarship on the composer continued through periodicals and websites exclusively devoted to him, and other publications such as the Bach-Werke-Verzeichnis and new critical editions of his compositions. His music was further popularised through a multitude of arrangements, including for instance the Air on the G String, and of recordings, for instance three different box sets with complete performances of the composer's works marking the 250th anniversary of his death.


Meanwhile, we also offer Polonaise 19 sheet music for you to download
[ + More Information ]