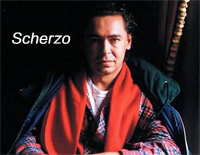 Free Scherzo 25 piano sheet music is provided for you. So if you like it, just download it here. Enjoy It!

Scherzo 25
is composed by Johann Sebastian Bach who was a German composer and musician of the Baroque period. Bach's music reflects the conventions of his day, the final stage of the Baroque period. From an early age, he studied the works of his musical contemporaries, those of prior generations and also of French and Italian composers and those influences were reflected in his music. Like his contemporaries Handel, Telemann and Vivaldi, Bach composed concertos, suites, recitatives, da capo arias, and four part choral music and employed basso continuo. Bach's unmistakable style is characterized by consummate contrapuntal invention and motivic control and he had a genius for a tightly-woven form combined with robust sonority.


Meanwhile, we also offer Polonaise 19 sheet music for you to download
[ + More Information ]