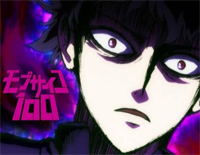 Free Memosepia piano sheet music is provided for you. So if you like it, just download it here. Enjoy It!

Memosepia
is used as the opening theme song to the second season of the anime series Mob Psycho 100 which began airing from January to April 2019.

And Memosepia is sung by Maon Kurosaki who is a Japanese singer and songwriter signed to NBCUniversal Entertainment Japan. Kurosaki's music is influenced by her love of anime and lolita fashion. Her songs have been featured in various anime series such as Jormungand, Tokyo Ravens, and The Fruit of Grisaia. She has collaborated with artists such as Mami Kawada, Kotoko, and Trustrick for her music releases.


Meanwhile, we also offer 99.9 sheet music for you to download
[ + More Information ]