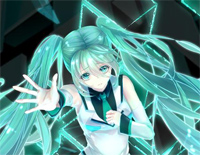 Free Ashita ni wa, Kiete Yuku piano sheet music is provided for you. So if you like it, just download it here. Enjoy It!

Ashita ni wa, Kiete Yuku is a song by Hatsune Miku which was the first Japanese VOCALOID to be both developed and distributed by Crypton Future Media, Inc.. She was initially released in August 2007 for the VOCALOID2 engine and was the first member of the Character Vocal Series. She was the seventh VOCALOID overall, as well as the second VOCALOID2 vocal released to be released for the engine.


Meanwhile, we also offer Senbonzakura sheet music for you to download
[ + More Information ]