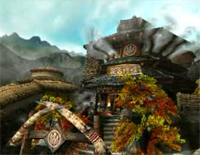 Free Hitō o Motomete piano sheet music is provided for you. So if you like it, just download it here. Enjoy It!

Hitō o Motomete
is one of the background music to the game Monster Hunter. The games are primarily action role-playing games. The player takes the role of a Hunter, slaying or trapping large monstersacross various landscapes as part of quests given to them by the locals. As part of its core gameplay loop, players use loot gained from slaying monsters, gathering resources, and quest rewards to craft improved weapons, armor, and other items that allows them to face more powerful monsters. All main series games feature multiplayer (usually up to four player cooperative), but can also be played single player.