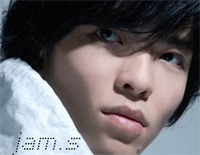 Free Loving Dearly piano sheet music is provided for you. So if you like it, just download it here. Enjoy It!

Loving Dearly
is a song performed by Taiwanese Mandopop artist Jam Hsiao. At the age of 17, while still in high school, he began working as a restaurant singer. In May 2007, Hsiao took part in the first season of China Television (CTV)'s star search show, One Million Star. He signed a contract with Warner Music Taiwan in 2008 and released his debut album, Jam Hsiao, in the same year.

And Loving Dearly is from his debut Mandarin solo studio album Jam Hsiao Self Titled Album released on 16 June 2008 by Warner Music Taiwan.