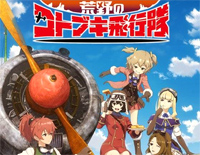 Free Soranone piano sheet music is provided for you. So if you like it, just download it here. Enjoy It!

Soranone
is used as the opening theme to the anime series The Magnificent Kotobuki. The series is directed by Tsutomu Mizushima and written by Michiko Yokote, both of whom had previously worked on the anime series Shirobako, and it features character designs by Hidari. The series aired from January 13 to March 31, 2019 on Tokyo MX, TVA, MBS, and BS11. It is animated by GEMBA, with Digital Frontierhandling production. Shirō Hamaguchi composes the series' music.

And Soranone is performed by ZAQ who is a Japanese singer, lyricist, composer and arranger signed to Lantis.