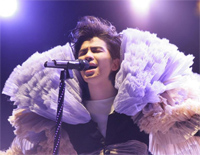 Free Romance of Alocasia piano sheet music is provided for you. So if you like it, just download it here. Enjoy It!


Meanwhile, we also offer Lonesome for You sheet music for you to download
[ + More Information ]