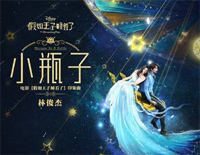 Free Message in a Bottle piano sheet music is provided for you. So if you like it, just download it here. Enjoy It!

Message in a Bottle
is a song from The Dreaming Man which is a 2017 Chinese romantic comedy film. It is the first Chinese film produced by The Walt Disney Studios. The film was released on December 8, 2017.

And Message in a Bottle is sung by Singaporean singer JJ Lin from his thirteenth studio album released on 29 December 2017 by Warner Music Taiwan.


Meanwhile, we also offer Twilight sheet music for you to download
[ + More Information ]