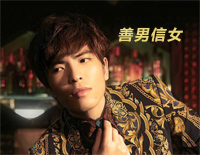 Free Believers piano sheet music is provided for you. So if you like it, just download it here. Enjoy It!

Believers
is a song from Taiwanese Mandopop artist Jam Hsiao's second Mandarin studio album Princess. This 12-song album included four songs written by Hsiao and had the chance to become the song producer for these tracks. These four songs showcased his creativity, and each one of them had its own distinguished style. He then announced his first large-scale live concert, "Mr. Rock Concert", in Taipei Arena scheduled in December 2009.