How to Say I Dont Love You-Jam Hsiao 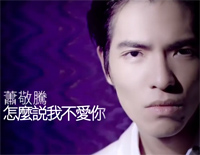 How to Say I Dont Love You-Jam Hsiao Introduction

Free How to Say I Don't Love You piano sheet music is provided for you. So if you like it, just download it here. Enjoy It!

How to Say I Don't Love You is a song by Taiwanese singer Jam Hsiao from his fourth record album Jam Wild Dreams released on 30 June 2011. He was involved in selecting, composing, recording, mixing and background harmony production. This album received very good reviews and was the rank number one album on Taiwan's KKBOX Music Rank. This album also won him the Best Male Singer in Singapore 17th Golden Melody Awards. It became the 11th best-selling album of 2011 in Taiwan, with 50,000 copies sold.