Shoukei To Shikabane No Michi-Attack on Titan Third Season OP2 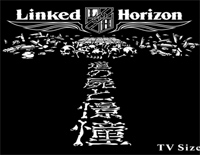 Free Shoukei To Shikabane No Michi piano sheet music is provided for you. So if you like it, just download it here. Enjoy It!

Shoukei To Shikabane No Michi
is one of the opening theme song to the third season of the Attack on Titan anime television series. And it is performed by Linked Horizon.

The series was produced by IG Port's Wit Studio and directed by Tetsurō Araki, and mainly covers the "Uprising" (chapter 51-70) and "Return to Shiganshina" (chapter 71-90) arcs from the original manga. The season's first 12 episodes were broadcast on NHK's General TV from July 23 to October 15, 2018, before going into hiatus until April 29, 2019.[1] Adult Swim began airing the English language dub on August 18, 2018.