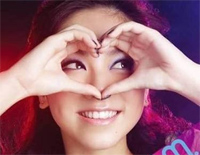 Free A.I.N.Y. piano sheet music is provided for you. So if you like it, just download it here. Enjoy It!

A.I.N.Y. is a song by Chinese singer-songwriter G.E.M.. And the song was included in her first studio album, 18..., which was released in October 2009. In November 2009, she held her first concert 18 Live Concert at Hong Kong International Trade and Exhibition Centre, and the concert featured special guests including Jan Lamb and Justin Lo. In the same year, she also held a concert in Toronto. In 2010, G.E.M. went to Taiwan to promote the album 18..., and returned to Los Angeles to record her next studio album, My Secret, which was released in October 2010.