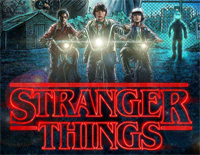 Free Eleven piano sheet music is provided for you. So if you like it, just download it here. Enjoy It!

Eleven
is a song from American science fiction horror web television series Stranger Things. Set in the fictional town of Hawkins, Indiana, in November 1983, the first season focuses on the investigation into the disappearance of a young boy amid supernatural events occurring around the town, including the appearance of a girl with psychokinetic abilities who helps the missing boy's friends in their search. The second season, titled Stranger Things 2, is set one year later in October 1984 and deals with the characters' attempts to return to normality and the aftermath of the events from the first season. The third season, titled Stranger Things 3, is set in July 1985.