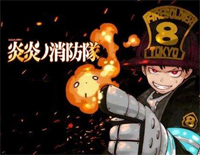 Free Veil piano sheet music is provided for you. So if you like it, just download it here. Enjoy It!

Veil
is a song performed by Japanese song-writer Keina Suda as an ending theme to the anime series Fire Force.

Fire Force
originally is a Japanese shōnen manga series written and illustrated by Atsushi Ōkubo. It is published by Kodansha and has been serialized in the Weekly Shōnen Magazine since September 23, 2015, with the chapters collected into seventeen tankōbon volumes as of July 2019. An anime television series adaptation by David Production premiered on July 5, 2019 on the Super Animeism block.


Meanwhile, we also offer Inferno sheet music for you to download
[ + More Information ]