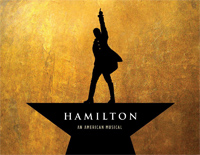 Free A Winter's Ball piano sheet music is provided for you. So if you like it, just download it here. Enjoy It!

A Winter's Ball
is used as an insert song to Hamilton: An American Musical. The musical made its Off-Broadway debut at The Public Theater in February 2015, where its engagement was sold out. The show transferred to Broadway in August 2015 at the Richard Rodgers Theatre. On Broadway, it received enthusiastic critical reception and unprecedented advance box office sales.

And A Winter's Ball is composed by Lin-Manuel Miranda who is an American composer, lyricist, rapper, singer, actor, playwright and producer, widely known for creating and starring in the Broadway musicals.

The Lyrics of A Winter's Ball: