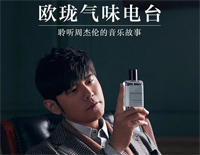 Free Atelier Cologne Perfume Song piano sheet music is provided for you. So if you like it, just download it here. Enjoy It!

Atelier Cologne Perfume Song is a song by Jay Chou who is a Taiwanese musician, singer, songwriter, record producer, film producer, actor, and director. Chou's compositions are loosely categorized as pop music. While many of his works fall into contemporary R&B, rap, and rock genres, the term "Chou Style" has been popularized to describe his trademark cross-cultural music and insistence on singing with slurred enunciation. Taipei Times once described the meaning of "Chou Style": "In what has become the archetypal Chou style, Taiwan's favorite son blends pop, rap, blues and a smorgasbord of esthetic elements of world music to create his dream-like never-never land..."