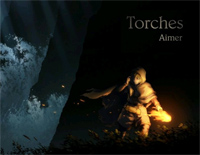 Free Torches piano sheet music is provided for you. So if you like it, just download it here. Enjoy It!

Torches is the ending theme song to the anime series Vinland Saga. The anime premiered on July 7, 2019 with the first three episodes, with the series running for 24 episodes on NHK General TV. It is produced by Twin Engine, Production I.G, Wit Studio and Kodansha and directed by Shūhei Yabuta, with Hiroshi Seko handling series composition, Takahiko Abiru designing the characters, and Yutaka Yamada composing the music.

And Torches is sung by Aimer who is a Japanese pop singer and lyricist signed to SME Records and managed by FOURseam. Her name comes from the verb "Aimer" in French which means "to love".


Meanwhile, we also offer MUKANJYO sheet music for you to download
[ + More Information ]