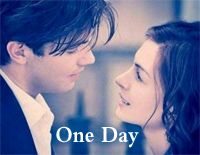 Free Day One piano sheet music is provided for you. So if you like it, just download it here. Enjoy It!

Day One is a song from Interstellar that is a 2014 American epic science fiction film directed and produced by Christopher Nolan. Set in a dystopian future where humanity is struggling to survive, the film follows a group of astronauts who travel through a wormhole near Saturn in search of a new home for humanity.

And Day One is composed by Hans Zimmer, a German film scorecomposer and record producer. Zimmer's works are notable for integrating electronic music sounds with traditional orchestral arrangements.