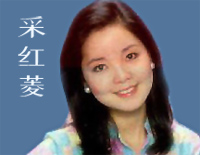 }
Free Picking Red Water Chestnuts piano sheet music is provided for you. So if you like it, just download it here. Enjoy It!

Picking Red Water Chestnuts is recorded by Teresa Teng who was a Chinese singer, actress, musician and philanthropist. In 2007, she was inducted in "Popular Music Hall of Fame" at Koga Masao Music Museum in Japan, making her the only non-Japanese national to do so. According to a report published by Billboard in May 1995, Teng released 25 albums during the last 26 years of her career and sold over 22 million copies, going by her original sales.