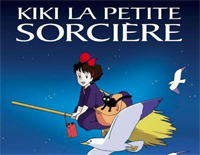 Free Oshigoto Hajime piano sheet music is provided for you. So if you like it, just download it here. Enjoy It!

Oshigoto Hajime is an insert song to the 1989 Japanese animated coming-of-age fantasy film Kiki's Delivery Service. It was the first film released under a 15-year distribution partnership between The Walt Disney Company and Studio Ghibli; Buena Vista Home Video recorded an English dub in 1997, which premiered in United States theaters at the Seattle International Film Festival on May 23, 1998. The film was released on home video in the U.S. and Canada on September 1, 1998.