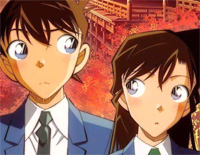 Free Kimi to Koi no Mama de Owarenai Itsumo Yume no Mama ja Irarenai piano sheet music is provided for you. So if you like it, just download it here. Enjoy It!

Kimi to Koi no Mama de Owarenai Itsumo Yume no Mama ja Irarenai
is a song recorded by Japanese singer song-writer Mai Kuraki. It was written by Kuraki and Taisuke Nakamura. The song is set to be released through Northern Music on March 20, 2019, as a double-A side maxi single with "Barairo no Jinsei". The single was released as a digital single and in five physical editions: standard edition, limited edition A/B, Detective Conan edition, and Musing & FC edition. The song was served as the theme song to the Japanese animation Case Closed.

The short version of an accompanying music video for the song was premiered on Kuraki's YouTube account on February 20, 2019. The full version of the video was not released on YouTube; will be included only in the DVD accompanied with the limited edition A of the single.