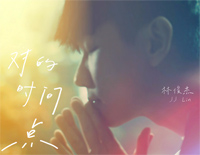 Free The Right Time piano sheet music is provided for you. So if you like it, just download it here. Enjoy It!

The Right Time is a song by JJ Lin who is a Singaporean singer, songwriter, record producer, and actor. On 4 November 2016, Lin joined the variety show "Dream Voice" as one of the mentors alongside A-mei Zhang, Jam Hsiao, Hebe Tian, and Yu Quan. He stayed on as a mentor for the second season of the show, which was released in October 2017, and the third season, which was released in October 2018.


Meanwhile, we also offer She Says-Easy Version sheet music for you to download
[ + More Information ]