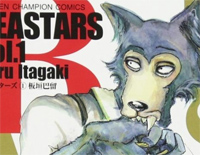 Free Wild Side piano sheet music is provided for you. So if you like it, just download it here. Enjoy It!

Wild Side is a song performed by ALI as the opening theme song to the anime series BEASTARS. In the 10th issue of 2019 of Weekly Shōnen Champion, it was announced that Beastars will get an anime television series adaptation to be animated by CG studio Orange. Shinichi Matsumi is directing the series, with Nanami Higuchi handling series compositon, Nao Ootsu designing the characters, and Satoru Kōsaki composing the series' music. The series premiered on October 9, 2019 and aired on Fuji TV's +Ultra anime programming block and other channels. It will also be streamed exclusively on Netflix.