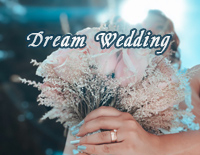 Free Mariage D'amoure piano sheet music is provided for you. So if you like it, just download it here. Enjoy It!

Mariage d'amour, also named Marriage of Love, is a piece of French solo piano music, composed by Paul de Senneville in 1979, and first performed by the pianist Richard Clayderman from his album "Lettre À Ma Mère" in 1979. Later, pianist George Davidson performed this piece of music from his album "My Heart Will Go On" with a slightly different version. This version is sometimes erroneously attributed to Frédéric Chopin as "Spring Waltz" because of an upload on YouTube with the wrong title, which had reached over 103 million views. As of March 2019, several new copies with that erroneous title are available on YouTube, and one of them has reached over 100 million views.