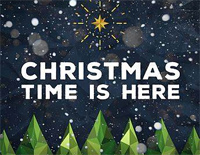 Free Christmas Time Is Here piano sheet music is provided for you. So if you like it, just download it here. Enjoy It!

Christmas Time Is Here is a popular Christmas song written by Lee Mendelson and Vince Guaraldi for the 1965 TV special A Charlie Brown Christmas, one of the first animated Christmas specials produced for network TV in the United States. Because the song became a hit, two versions were included on the album A Charlie Brown Christmas: an instrumental version by the Vince Guaraldi Trio and a vocal version by choristers from St. Paul's Episcopal Church in San Rafael, California.


Meanwhile, we also offer Linus and Lucy sheet music for you to download
[ + More Information ]