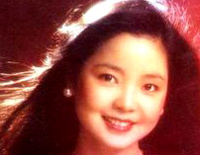 }
Free Camellia Flower piano sheet music is provided for you. So if you like it, just download it here. Enjoy It!

Camellia Flower is a song performed by Taiwanese singer Teresa Teng. With a career spanning almost 30 years, Teng established herself as a dominant and influential force in Asia throughout most of her career, including East Asia, Southeast Asia, and to some extent South Asia during the early and mid-80s. Her profound influence on the Asian music scene and the whole of Chinese society during the last second half of the 20th century and thereafter, led her to become one of the most successful and influential Asian artists in history.