All About You-Hotel del Luna OST 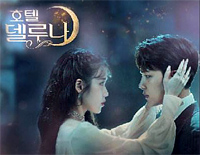 Free All About You piano sheet music is provided for you. So if you like it, just download it here. Enjoy It!

All About You is used as an insert song to Hotel del Luna which is a 2019 South Korean television series. Starring Lee Ji-eun and Yeo Jin-goo as the owner and manager, respectively, of the eponymous hotel that caters only to ghosts, the series aired on tvN from July 13 to September 1, 2019.