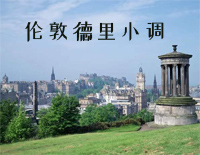 Free Londonderry Air piano sheet music is provided for you. So if you like it, just download it here. Enjoy It!

Londonderry Air
is an Irish air that originated in County Londonderry.

The origin of the tune was for a long time somewhat mysterious, as no other collector of folk tunes encountered it, and all known examples are descended from Ross's submission to Petrie's collection. In a 1934 article, Anne Geddes Gilchrist suggested that the performer whose tune Ross heard, played the song with extreme rubato, causing Ross to mistake the time signature of the piece for common time (4/4) rather than 3/4. Gilchrist asserted that adjusting the rhythm of the piece as she proposed produced a tune more typical of Irish folk music.


Meanwhile, we also offer different version of Londonderry Air sheet music for you to download

The Lyrics of Londonderry Air:

Would God I were the tender apple blossom
That floats and falls from off the twisted bough
To lie and faint within your silken bosom
Within your silken bosom as that does now.
Or would I were a little burnish'd apple
For you to pluck me, gliding by so cold
While sun and shade you robe of lawn will dapple
Your robe of lawn, and you hair's spun gold.
Yea, would to God I were among the roses
That lean to kiss you as you float between
While on the lowest branch a bud uncloses
A bud uncloses, to touch you, queen.
Nay, since you will not love, would I were growing
A happy daisy, in the garden path
That so your silver foot might press me going
Might press me going even unto death.