Masshiro-Ascendance of a Bookworm OP 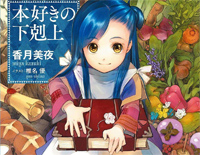 Masshiro-Ascendance of a Bookworm OP Introduction

Free Masshiro piano sheet music is provided for you. So if you like it, just download it here. Enjoy It!

Masshiro
is used as the opening theme song to the anime series Ascendance of a Bookworm. The series is animated by Ajia-do Animation Works and directed by Mitsuru Hongo, with Mariko Kunisawa handling series composition, Yoshiaki Yanagida and Toshihisa Kaiya designing the characters, and Michiru composing the series' music.

And Masshiro is sung by Sumire Morohoshi, a Japanese actress, voice actress and singer from Kanagawa Prefecture. She is affiliated with Himawari Theatre Group. She will debut as a solo singer under the record label, Flying Dog.