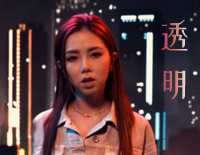 Free Selfless piano sheet music is provided for you. So if you like it, just download it here. Enjoy It!

Selfless is a song from Hong Kong singer-songwriter G.E.M.'s seventh studio album City Zoo. It is symbolizes the animal as a chameleon. The song describes the state of being too fond of the other party and fascinates itself with the pulling state. When it is completely for the other party that it wants to sacrifice itself, in the end, it will only endure all the pain alone.