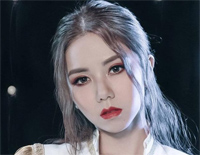 Free Don’t Force It piano sheet music is provided for you. So if you like it, just download it here. Enjoy It!

Don’t Force It
is a duet song by Hong Kong singer-songwriter G.E.M. featuring Eric Chou, representing the animal as a hedgehog. It was included in G.E.M.’s seventh studio album City Zoo released on December 27, 2019, by Sony Music Taiwan. The self-written album was done after G.E.M.'s departure from her former record label Hummingbird Music Limited. It was produced and finished in 8 months.

Meanwhile, we also offer Full Stop sheet music for you to download