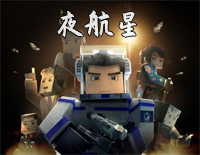 Free Night Stars piano sheet music is provided for you. So if you like it, just download it here. Enjoy It!

Night Stars
is used as the theme song to the anime The Three-body Problem in MC Season 3. It is performed by Chinese musician Bu Cai. Originally The Three-Body Problem is a hard science fiction novel by the Chinese writer Liu Cixin. It is the first novel of the Remembrance of Earth's Past trilogy, but Chinese readers generally refer to the whole series by the title of this first novel. The second and third novels in the trilogy are titled The Dark Forest and Death's End. The title of the first novel refers to the three-body problem in orbital mechanics.

Meanwhile, we also offer Schwarzer Regen sheet music for you to download