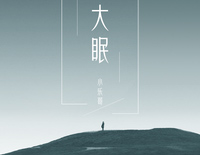 Free The Big Sleep piano sheet music is provided for you. So if you like it, just download it here. Enjoy It!

The Big Sleep is a song covered by Xiao Lege and the version is quite popular in TikTok. Originally it is performed by Cyndi Wang who is a Taiwanese singer and actress. Wang debuted her musical career as she released her debut album, Begin... (2003). Besides her musical career, Wang has starred in many TV dramas.