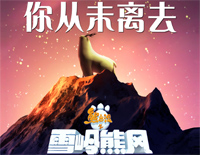 Free You Never Left piano sheet music is provided for you. So if you like it, just download it here. Enjoy It!


Meanwhile, we also offer I'm a Little Confused sheet music for you to download
[ + More Information ]