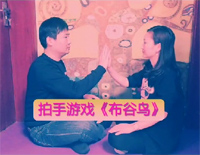 Free The Cuckoo piano sheet music is provided for you. So if you like it, just download it here. Enjoy It!

The Cuckoo is a song performed by Chinese group Anzi&Jiumei. It was included in their album Sing While Drinking released on March 26, 2016. Besides, the song was quite popular in TikTok that is a Chinese video-sharing social networking service owned by ByteDance, a Beijing-based company founded in 2012 by Zhang Yiming.