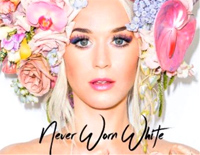 Free Never Worn White piano sheet music is provided for you. So if you like it, just download it here. Enjoy It!

Never Worn White
is a song by American singer Katy Perry. It was released by Capitol Records on March 5, 2020. The song was released alongside a music video, in which Perry announced her pregnancy.

It entered the charts in a few European countries reaching number 97 in the United Kingdom and number 46 in Scotland. Elsewhere, the song made the top 40 in Hungary reaching number 39. In New Zealand, on their Hot Singles Chart, "Never Worn White" debuted at number 12. The song did not chart on the Billboard Hot 100, but landed at number 12 on the Bubbling Under Hot 100.


Meanwhile, we also offer Dark Horse sheet music for you to download

The Lyrics of Never Worn White: