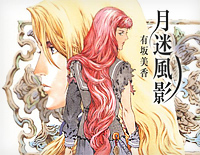 Free Getsumei Fuuei piano sheet music is provided for you. So if you like it, just download it here. Enjoy It!

Getsumei Fuuei is used as the theme song to the anime series The Twelve Kingdoms. The entire anime series has been released on DVD and Blu-ray in the United States by Media Blasters, which are now out of print. Now, the license is transferred to Discotek Media for a complete series Blu-ray released in 2019.

And Getsumei Fuuei is composed and arranged by Tomohiko Kira. It was performed by Mika Arisaka who is a Japanese-American singer and vocalist. Due to her upbringing, she is bilingual and has performed in both English and (more commonly) Japanese.