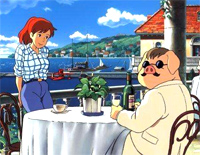 Free The Bygone Days piano sheet music is provided for you. So if you like it, just download it here. Enjoy It!

The Bygone Days, also named Kaerazaru hibi, is performed by Japanese composer and musical director Joe Hisaishi in his 25 anniversary Live. Originally it is an insert song for 1992 Japanese animated comedy-adventure film Porco Rosso. The film was later redubbed by Disney and released on DVD in the United States and Canada on February 22, 2005. GKIDS re-issued the film on Blu-ray and DVD on November 21, 2017 under a new deal with Studio Ghibli.


Meanwhile, we also offer different version of The Bygone Days sheet music for you to download
[ + More Information ]