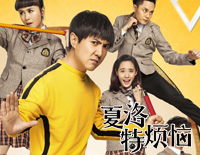 Free Goodbye Mr. Loser piano sheet music is provided for you. So if you like it, just download it here. Enjoy It!

Goodbye Mr. Loser is a song by Chinese singer Kim Ji-mun as the theme song for 2015 Chinese comedy film with the same name. A massive sleeper hit in China, the film has grossed US$226.6 million in China. Combined with an overseas box office of US$1.9 million, the film has grossed in total US$228.5 million worldwide as of November 2015.


Meanwhile, we also offer Just Once sheet music for you to download
[ + More Information ]