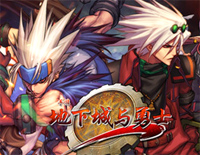 Free Pursuit piano sheet music is provided for you. So if you like it, just download it here. Enjoy It!

Pursuit is a piece of music from the multiplayer beat 'em up action role-playing game Dungeon Fighter Online. The game was originally released in South Korea as Dungeon & Fighter and in Japan as Arad Senki. In China, the game is published by Tencent. In 2014, Neople began an alpha test of a global version of Dungeon Fighter Online using the last English version hosted by Nexon, which has since ended.